On September 27th it’s my 6 year wedding anniversary! I can’t believe how fast and long it feels. 😀 I always joke around and say it feels like 20 years. Every year my husband and I plan something special for our anniversary.

I never really saw my parents celebrate theirs growing up and to be honest I didn’t even now when their anniversary was until I was about 20 years old. My family always went out together on dinner dates or to themes parks, but I hardly saw my parents go out alone. This is something that I want to be able to do with my spouse. Family time is important but its also very important to keep the flames on in a romantic relationship.

For the last fives years we’ve done something on our anniversary. Every year we take turns planning it.

the first year was my husband who planned it.  We went to San Diego for the first time. Although I grew up in SoCal I had never been to San Diego and neither had my husband who was born and raise in DR. It was such an amazing trip. He booked us a very nice and fancy hotel for a little get away weekend. This was pretty much the whole trip.  =P JK.  We went to the San Diego Zoo and Sea World. We also took a little detour to La Jolla where we visited the San Diego LDS temple. Visit the Temple! 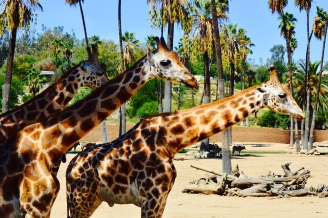 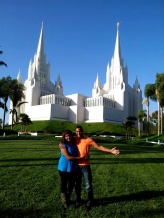 The second year my husband also planned it and he took me to Temecula on a  hot air ballon ride. It was one of the most relaxing and beautiful experiences. We woke up bright and early before when it was still dark to be able to catch the sun rise while were were in the sky. It was amazing. Afterward we were treated to a little breakfast and bottle of wine. We don’t drink so we ended up giving the wine to our neighbors. =) Check it out! 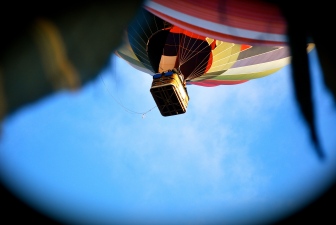 Our third year was my turn. I had been contemplating it for weeks but I knew I had to do something that my husband would love and that was way out of my comfort zone. So logically I took my husband to Oceanside and went skydiving! ;D It. Was. AWESOME! I will totally do it again. Go Skydiving! 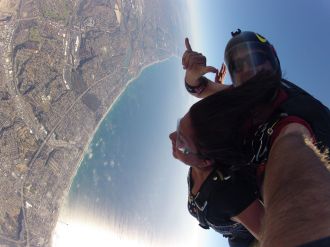 Our fourth year was not really a planned one, but we counted it as an anniversary trip. We went to New Jersey to visit my husbands family. I loved it and it was such great time of the year to go as they were celebrating the 15t anniversary of 9/11. It was such a humbling and emotional experience. I don’t think I have seen a more beautiful scenery than the one I saw from across the Hudson River in NJ. New York City is definitely a place one should visit at least once.  NYC Lets go! 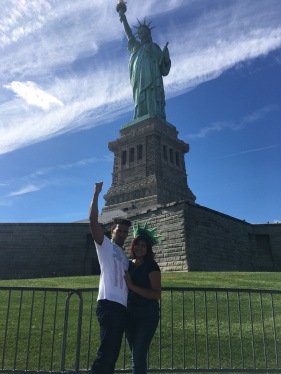 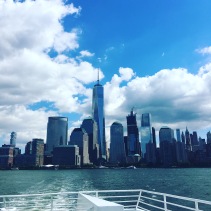 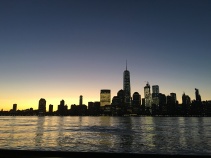 Last year my husband surprised me (after thinking I would never go) with tickets to Mickye Mouse Halloween Party! This is my equivalent to me surprising my husband with skydiving. I love DISNEY!! If I could be there everyday I would. If that makes me a crazy lady then so be it. @_@  If you go take me with you!! 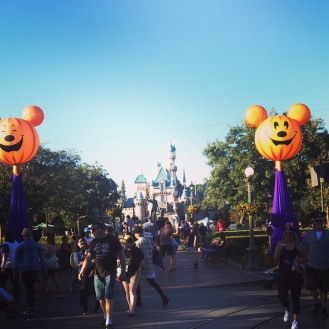 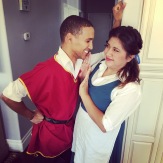 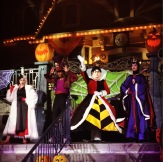 “You are my greatest adventure.” — Mr. Incredible